About me
I came up through the ranks working for 10 years as a camera assistant under distinguished cinematographers like Emmanuel “Chivo” Lubezki, Janusz Kaminski, Rodrigo Prieto, Mikhail Krichman, David Devlin and many more.

Working on films such as Iñarritu’s BIUTIFUL and NIKE: WRITE THE FUTURE, Soderbergh’s GUERRILLA, Almodovar’s BROKEN HUGS, Mangold’s KNIGHT AND DAY or Sheridan’s THE SECRET SCRIPTURE and TV Series such as PENNY DREADFUL and VIKINGS allowed me to learn the craft of film making from some of the best cinematographers in the world.

Nurturing my craft early on with an education in Still Photography and Arts  and mentored by the great cinematographers I have worked with, I like to think that I  bring passion, boldness, and elegance to all projects.

Thanks to Chivo’s way of understanding natural life and to Janusz Kaminski’s creativity, who showed me that narrative and light is all about emotions and personal choices, I started to create a characteristic way of looking at life, which is real, honest and truthful to the project.

Experimenting within the limits of images, my graphical work has been recognised with awards around the world, such as the Best Cinematography (GOLD) Award at the Kinsale Sharks, Best Emerging Cinematographer in Ireland in 2019 by the EDA, a couple of Silver and Bronze Crafts in Cinematography from Spain and Ireland and some other ones!

As a cinematographer, I strive to connect with each given audience on a poetic and emotional basis through my use of light, colours and framing.

I cannot tell how much I love experimenting with different formats and aesthetics, something that I like translating to the projects I shoot.

I am also an Associate Member of the Society Of Camera Operators (SOC) since December, 2015.

Thanks for coming here and enjoying my work! 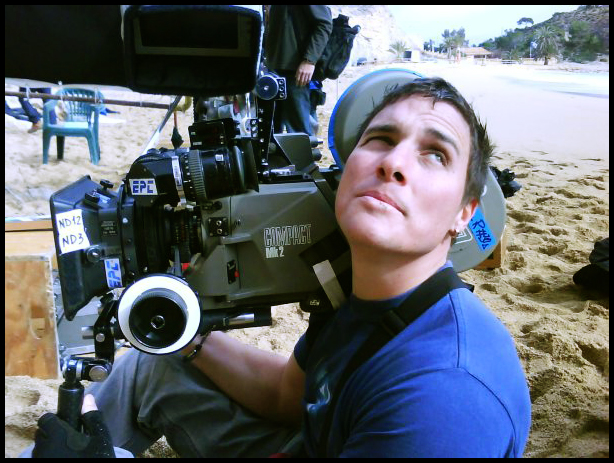